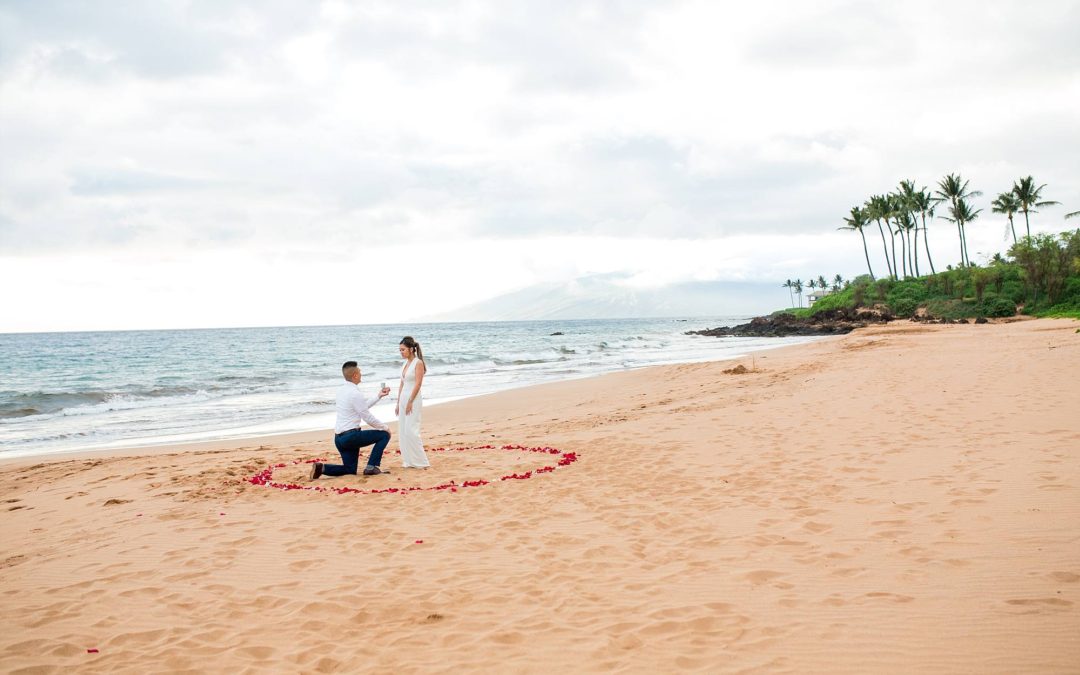 Joe did something we wish more couples would do.  He decided to go in a little more forward approach to his proposal.  Instead of doing a more paparazzi/ninja/hide-in-the bushes style proposal, he wanted to go another route.  He wanted to pretend that he and his sweetie Christine had been gifted a fun portrait session from one of the hotel photographers where they were staying.  So, we created this planned photo shoot turned surprise proposal for them. This style worked out great because we could plan 100% exactly how it would go down.  Typically, we have a really great plan set in place, but there are always a lot of variables and this is a way to control all of them!

We started the photo session–the part that Christine was privy to–at a beach down in South Maui.  After spending about 15 or 20 minutes there we moved down to our proposal spot.  What was really cool about this proposal was that Joe had conspired with all of their friends to show up at the beach and surprise Christine after the proposal.

The friends actually got to the beach early, and they set out a circle of rose petals on the sand.  When Chantelle, Joe and Christine arrived at the beach, Chantelle said, “Hey, let’s get some photos with these rose petals.  I’ve never seen this before.” Kind of playing it off.  Chantelle had Christine turn around and face the palm trees for a “special shot”.  And in that moment, Joe dropped down to one knee to pop the question when Christine turned back around.  She of course was super surprised and said, “YES!”

Christine was even more surprised when she saw her friends come barreling out of a tent that was hiding in the woods! When we had initially discussed the plan, they were just going to be hiding in the woods.  So we thought it was really fun that they were recording the whole thing and hiding in the tent that was pushed back into the woods.  After all the wonderful hugs, kisses, and tears, we got back to the engagement session.  First, we got some shots of them on some cool lava rocks and then playing by the ocean.  And we finished their engagement session with a spectacular sunset. 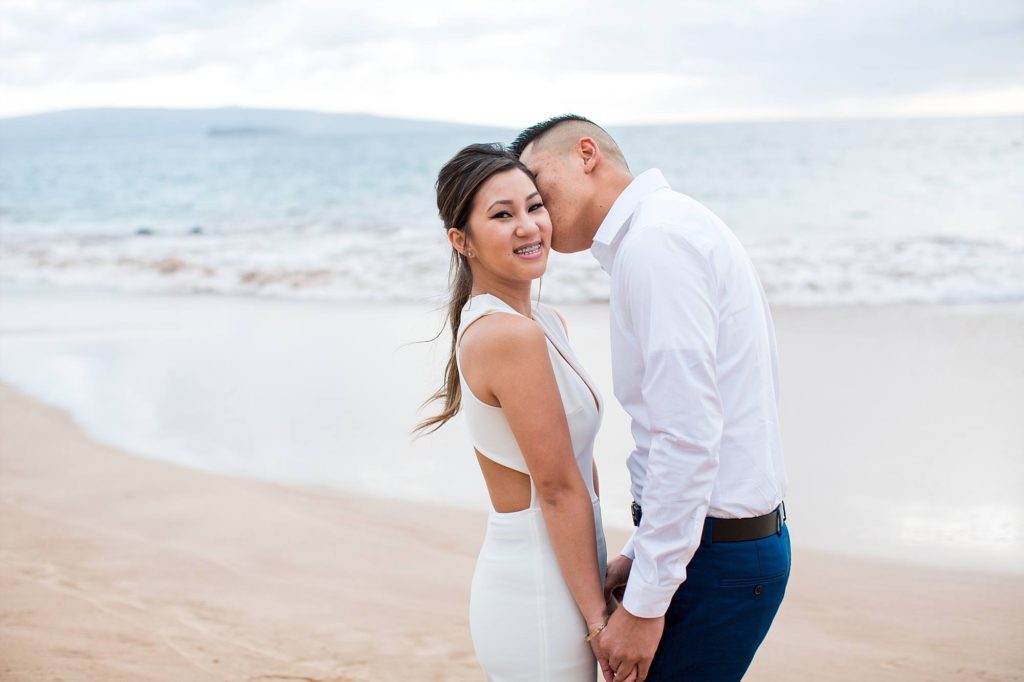 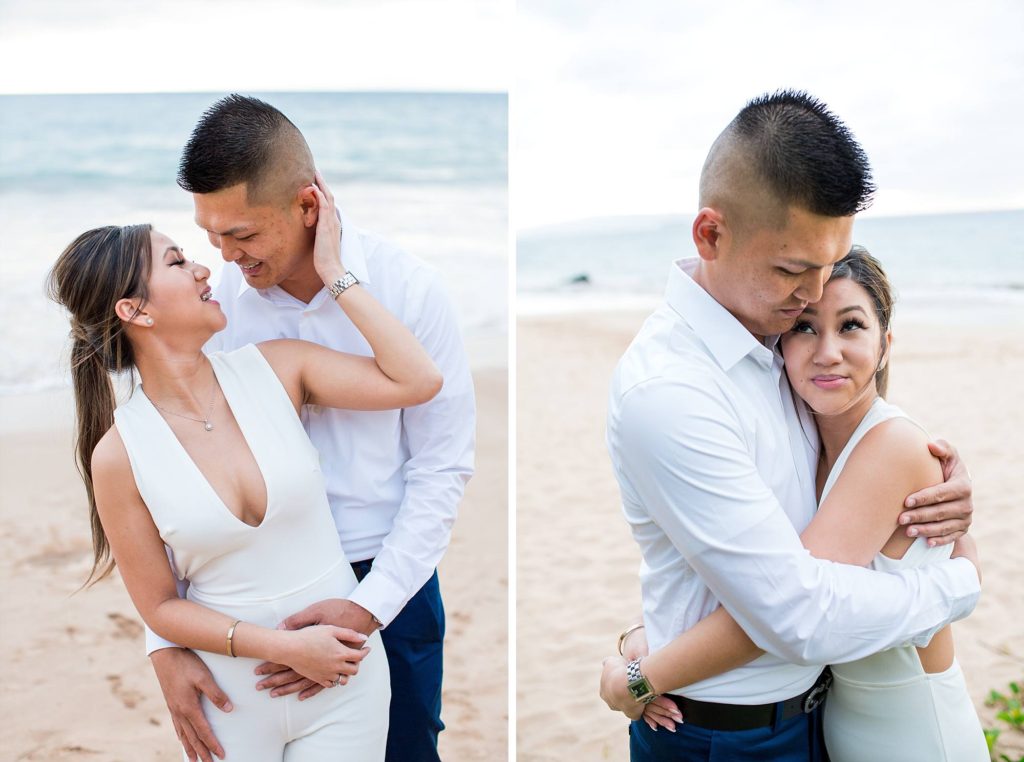 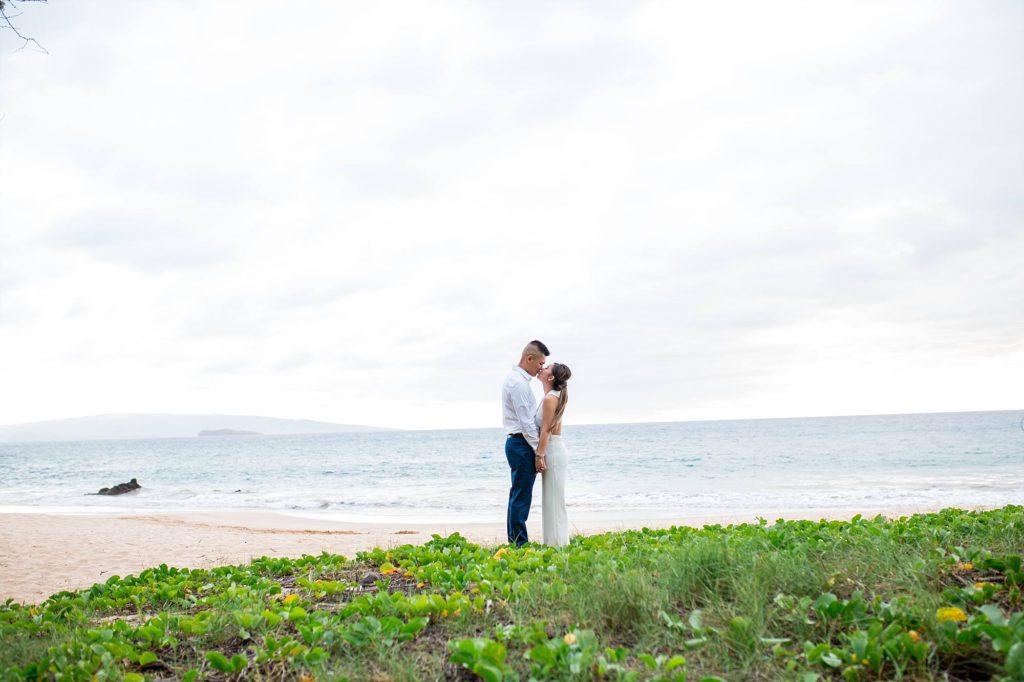 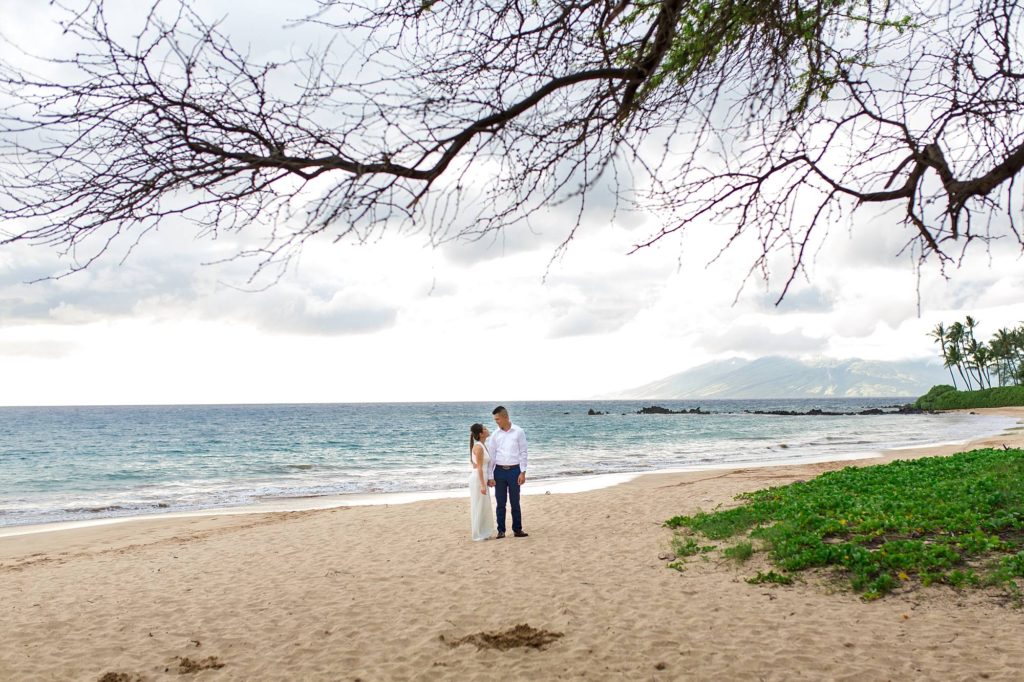 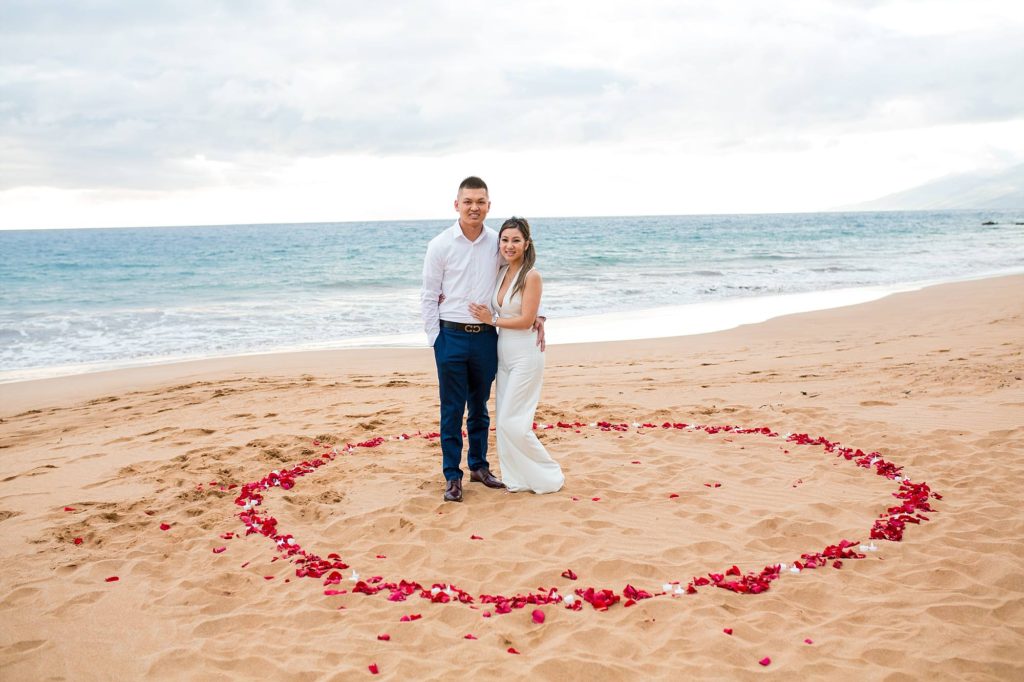 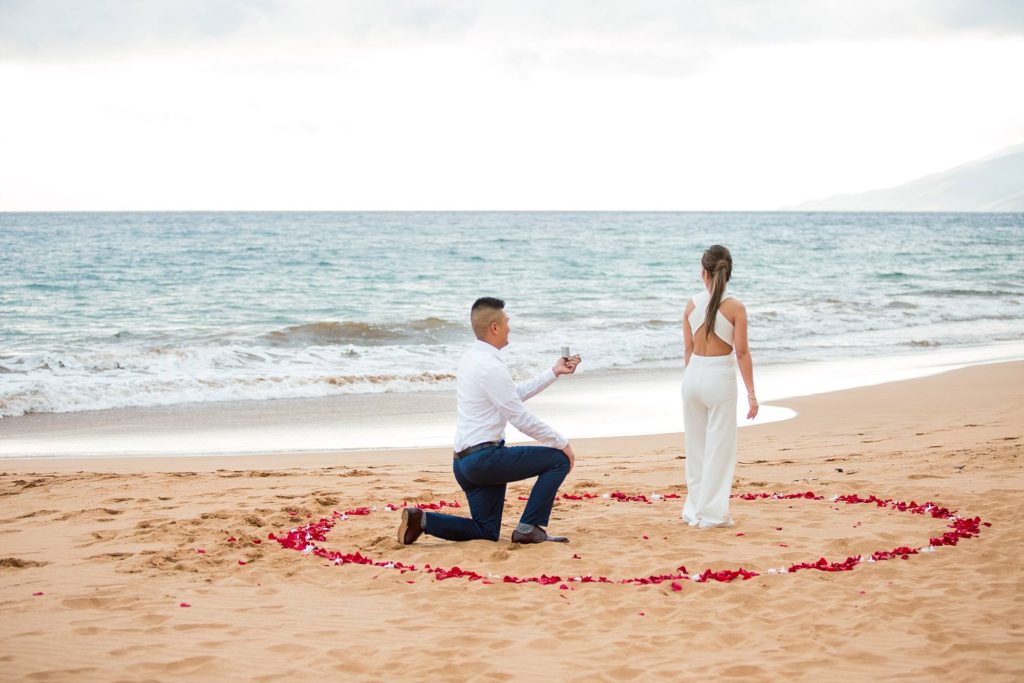 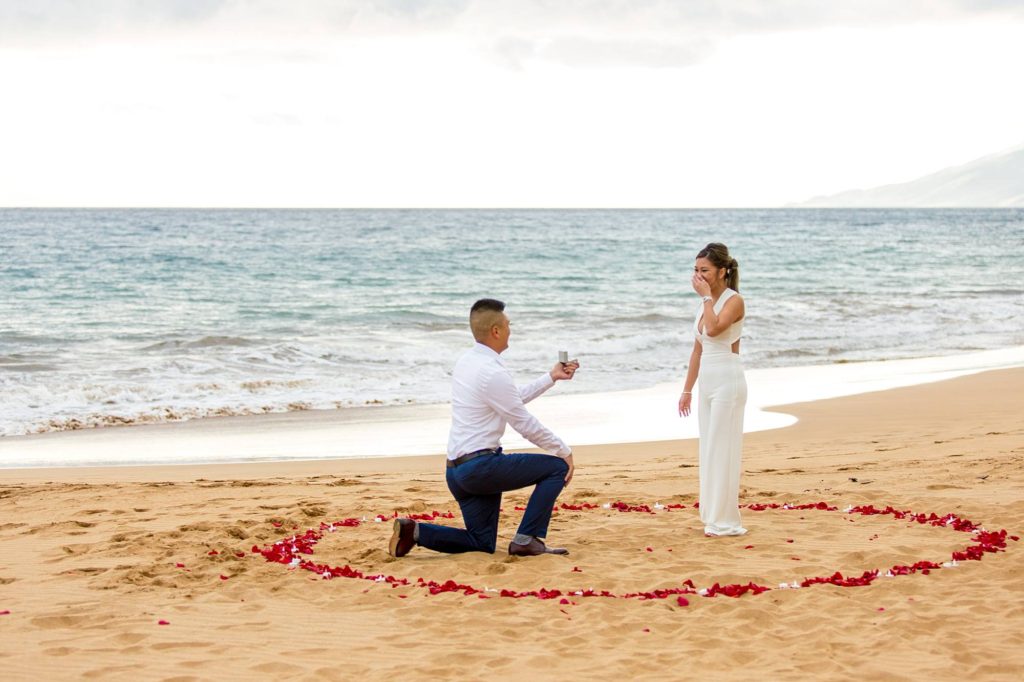 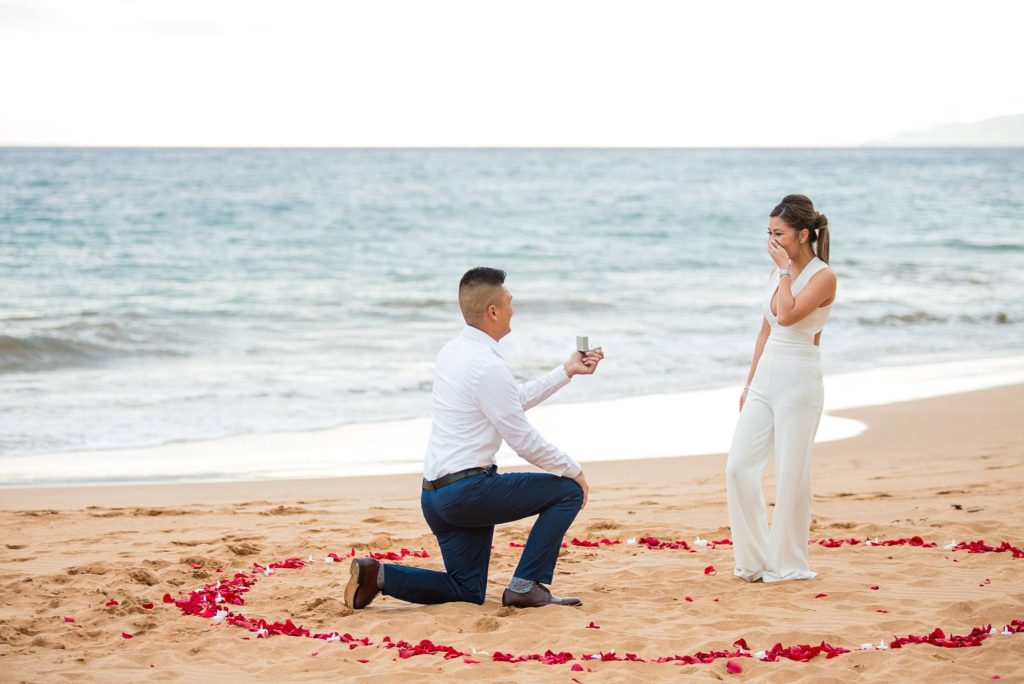 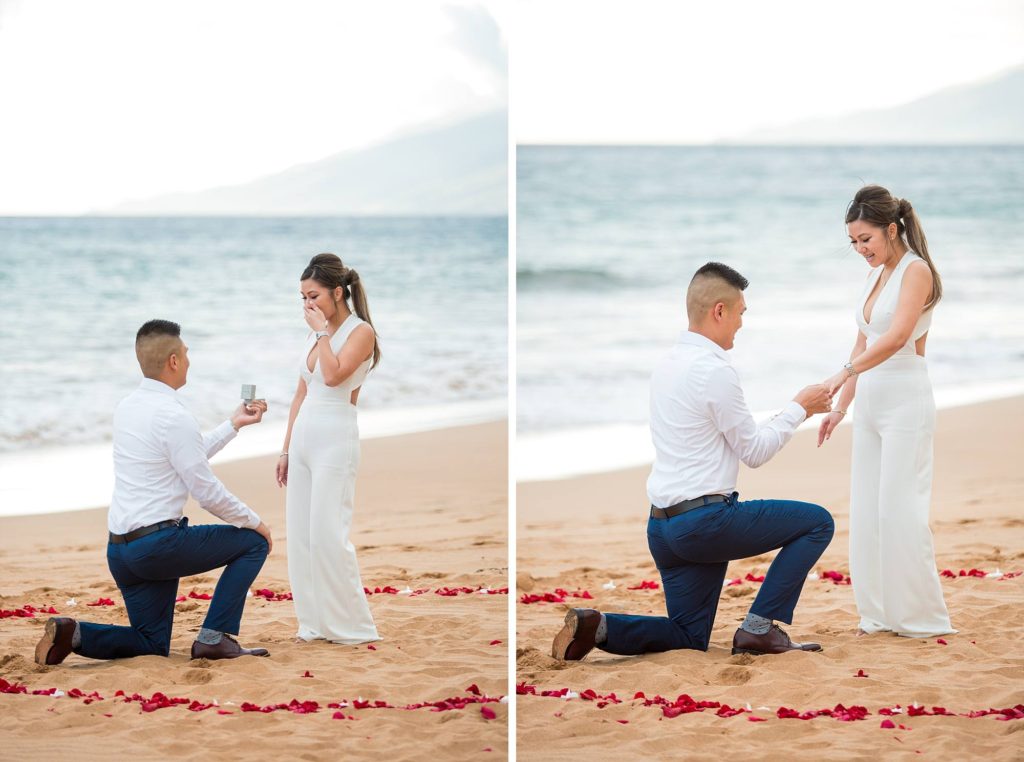 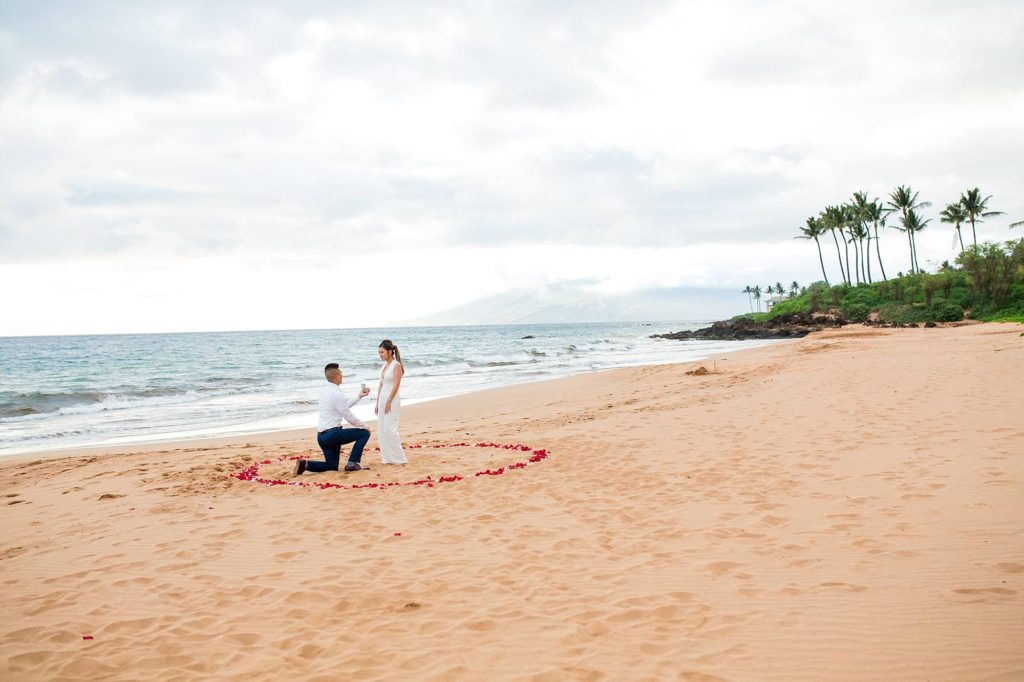 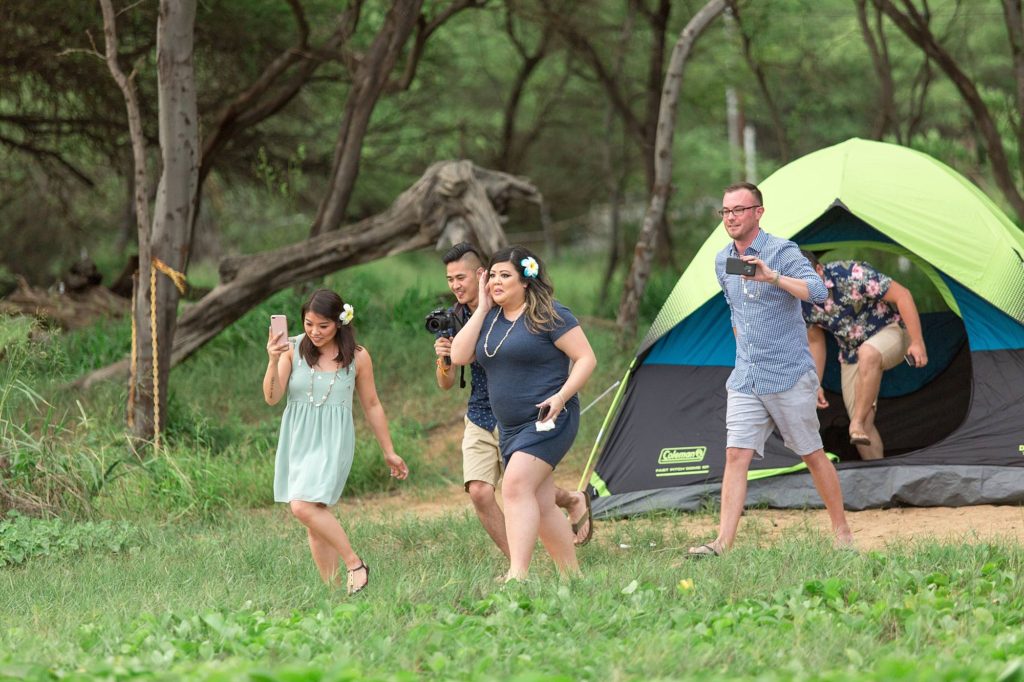 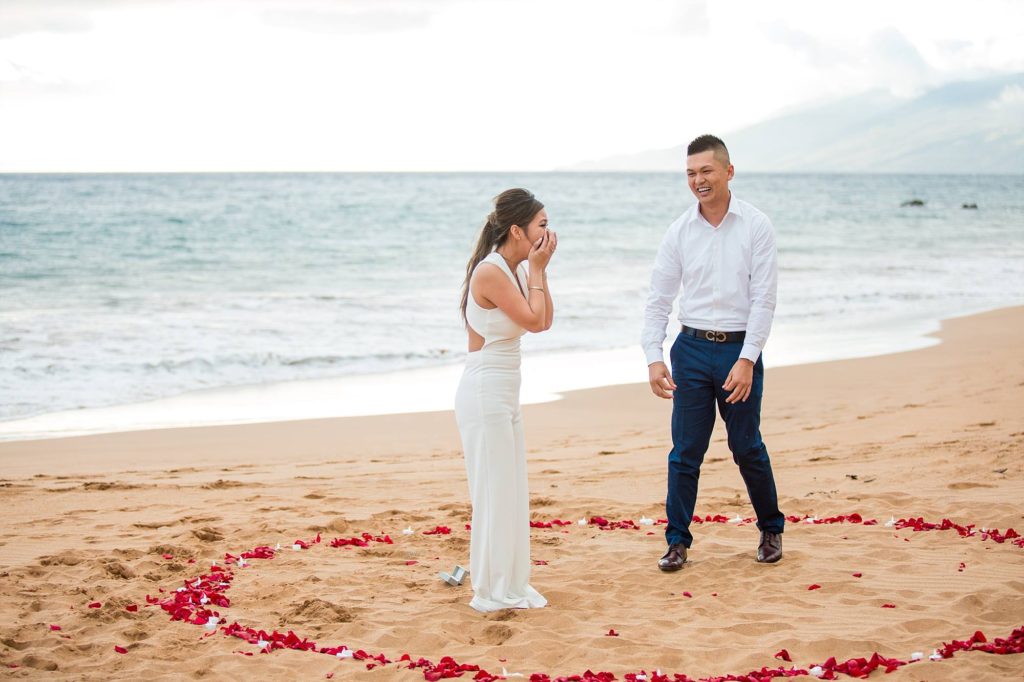 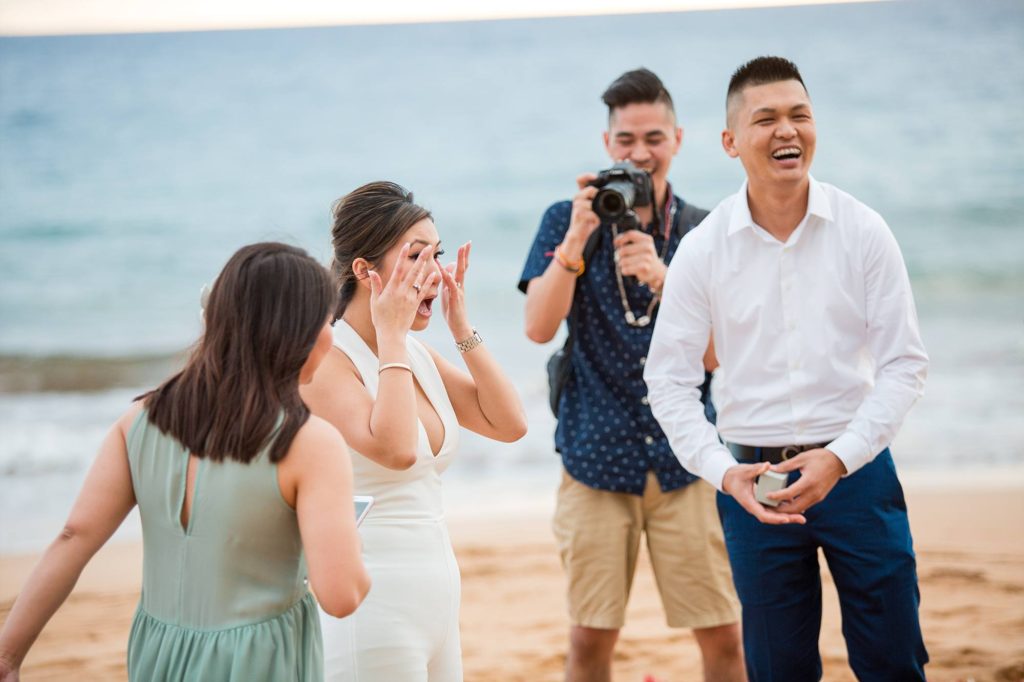 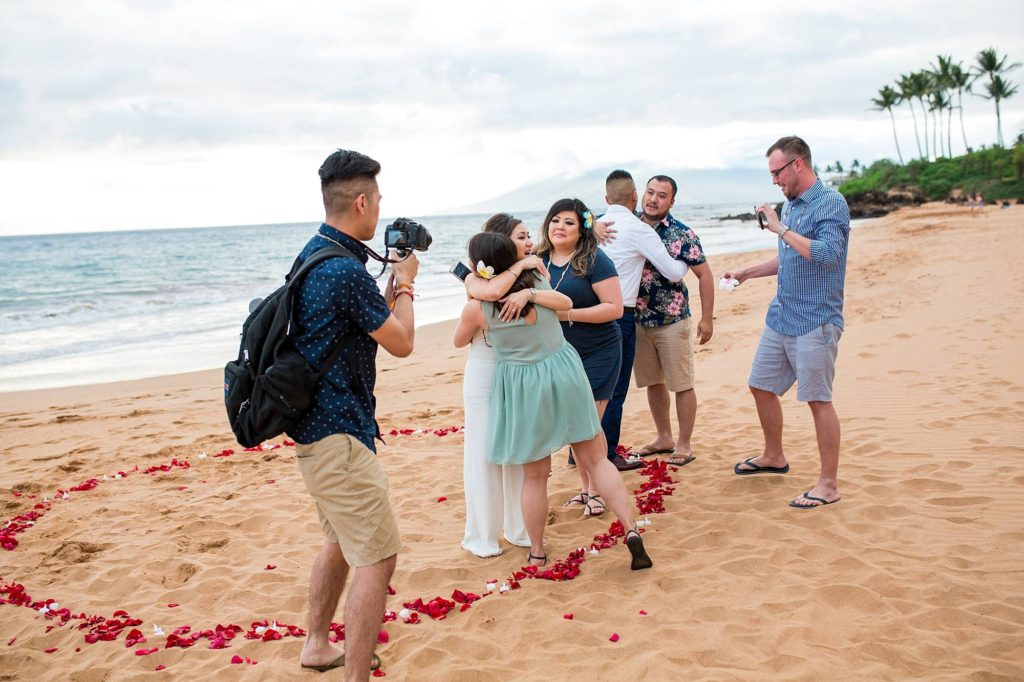 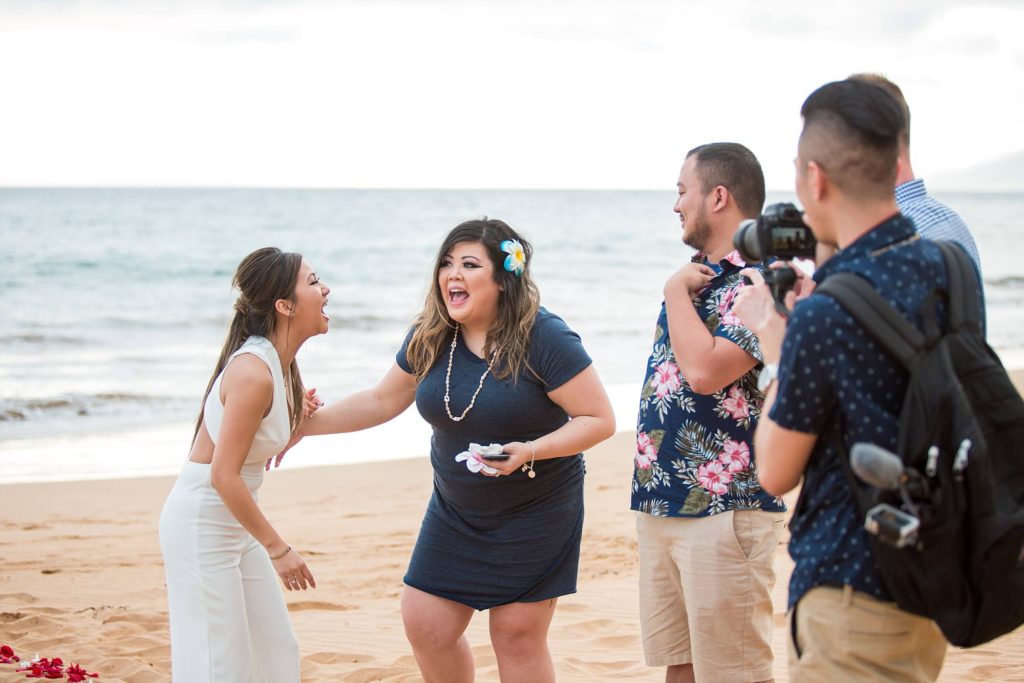 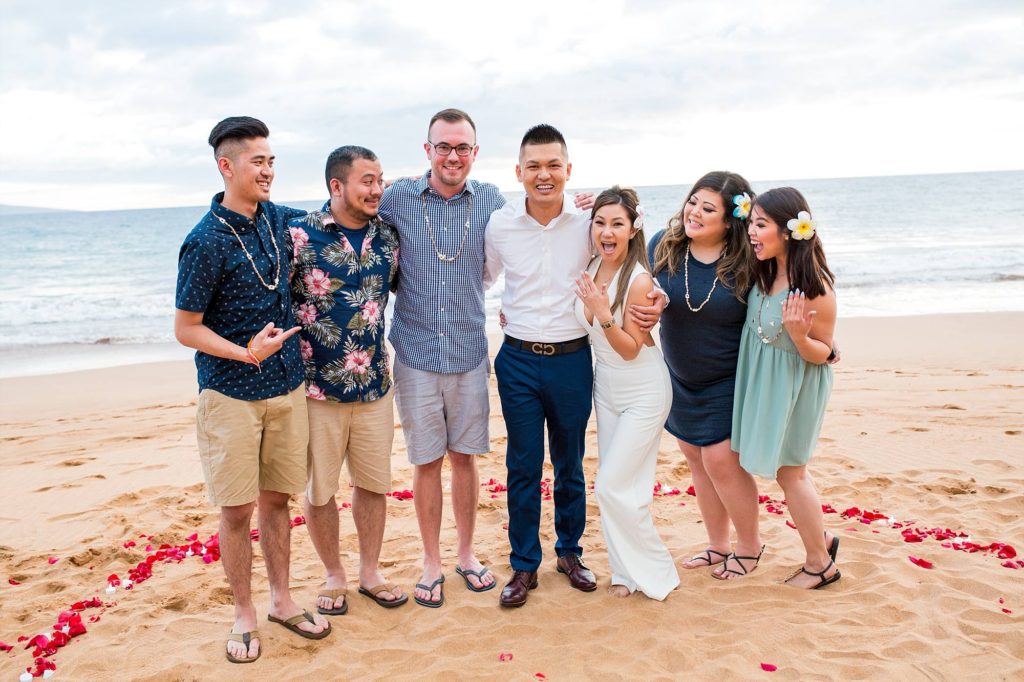 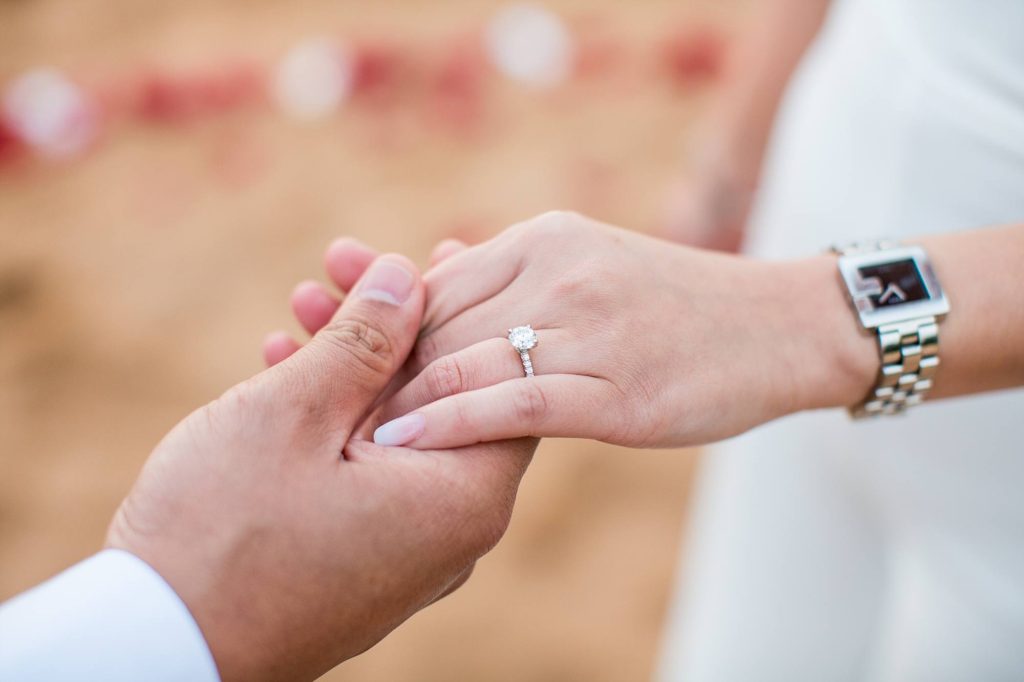 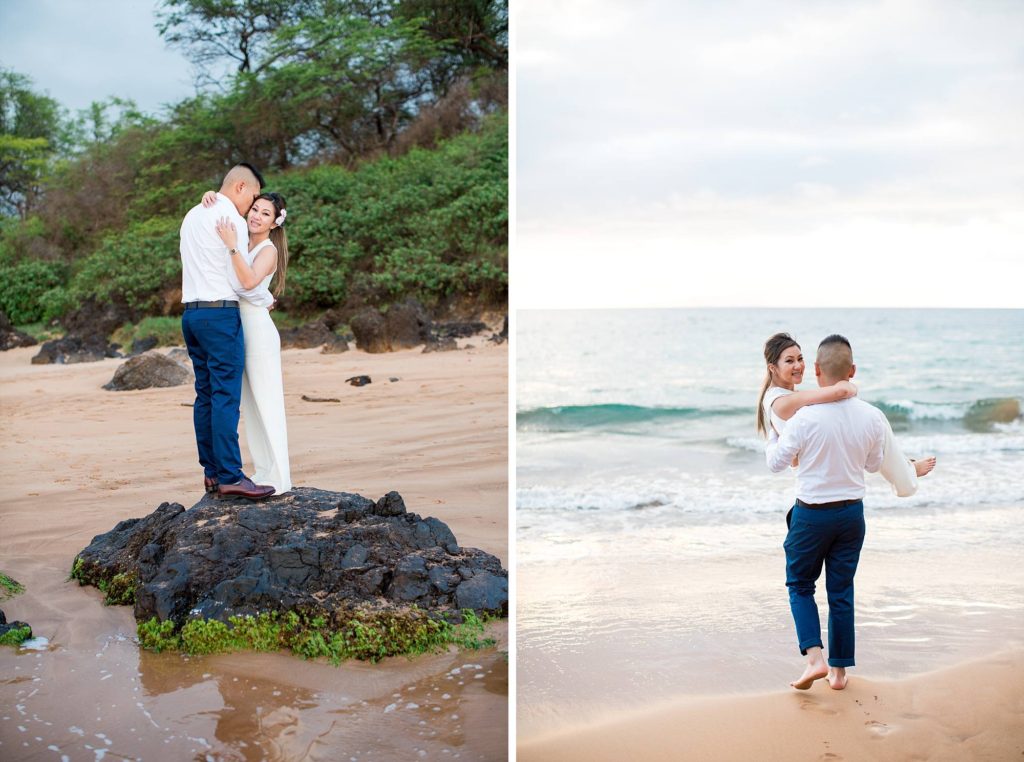 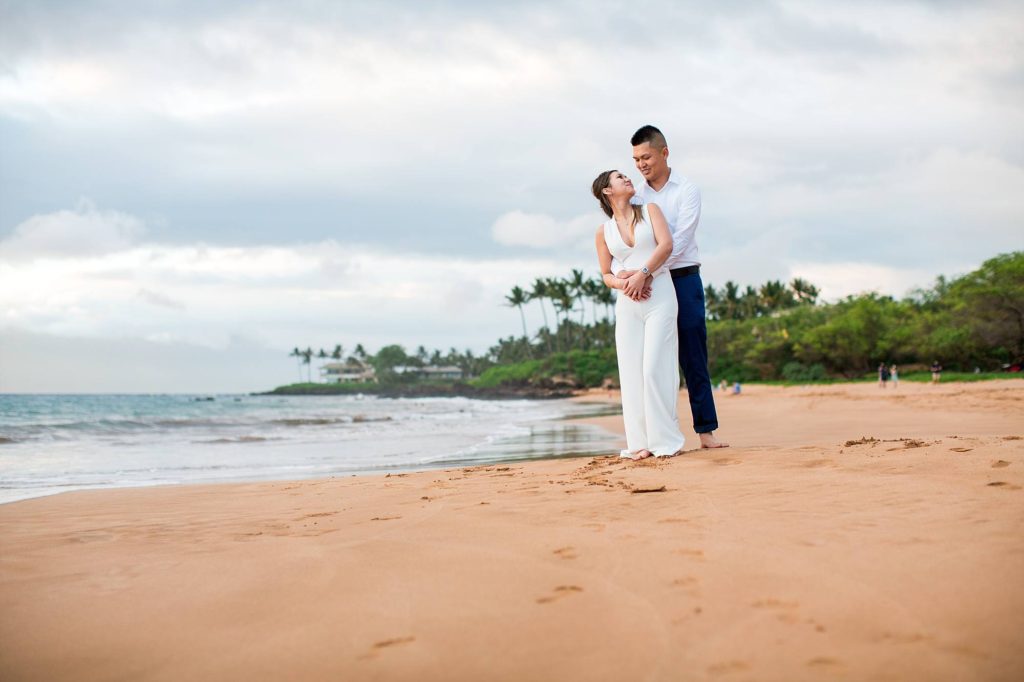 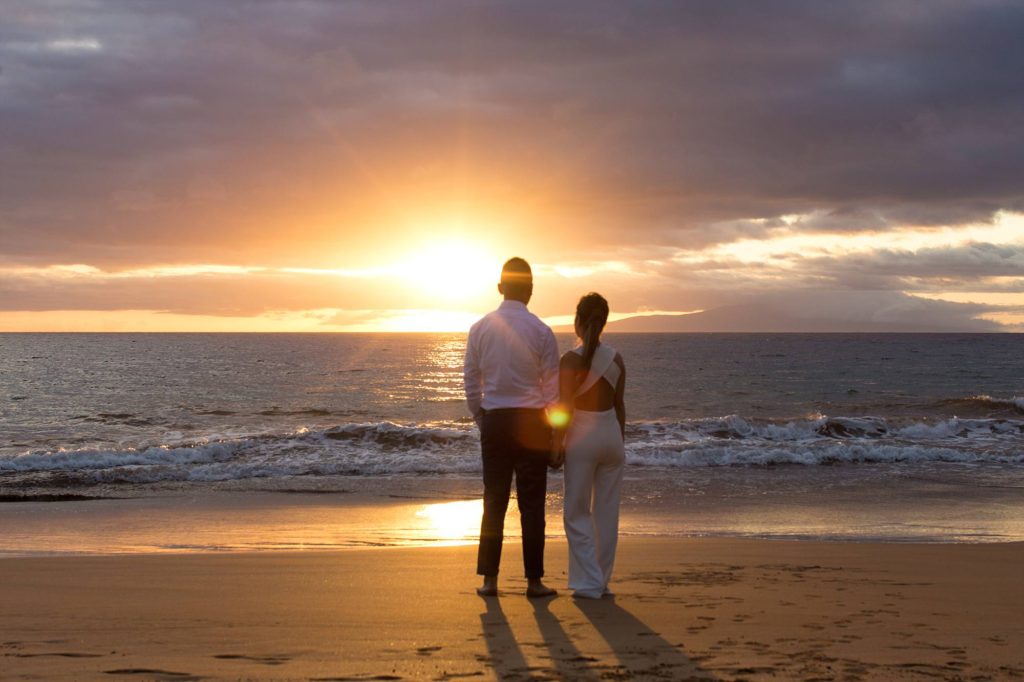 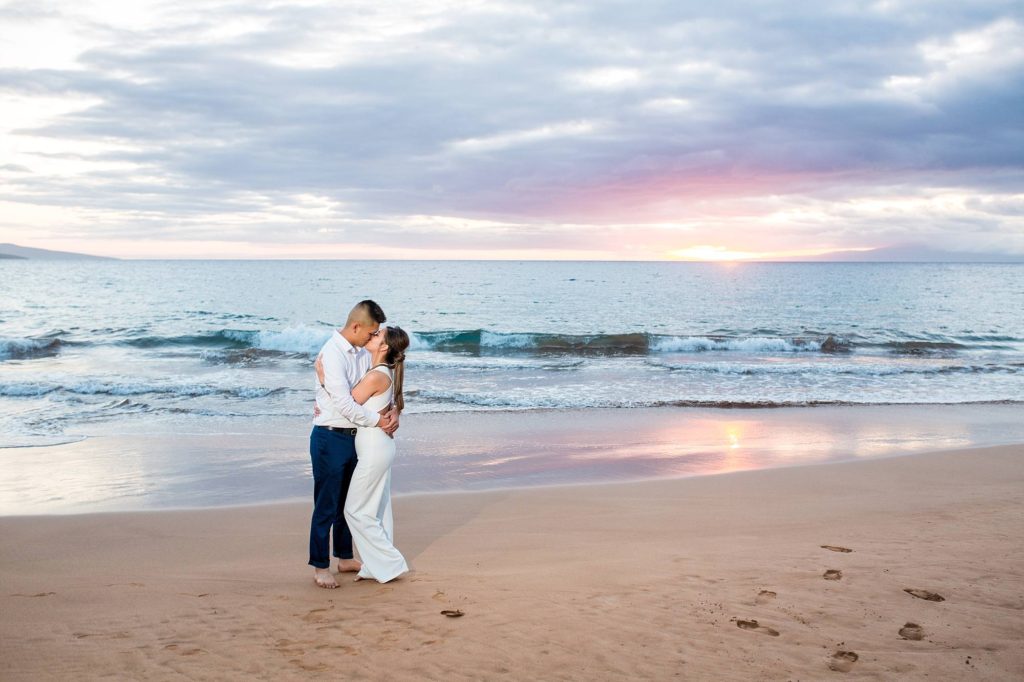 Joe and Christine:  Thank you so much for choosing Engaged on Maui!  Your planned photo shoot turned surprise proposal was such a fun way to pop the question!  Congratulations!

Get in touch here to plan your paparazzi style Maui proposal.

We can't wait to explore Maui with you again, to w

"The supreme happiness of life consists in the con

This spot involves a little more walking, but if y

Mimi is a huge Harry Potter fan, so Mauricio defin

It is our sincere hope that your whole gallery tra

In Hawaii, we often wear a flower (or pua in Hawai

We love this sweet 'n sassy shot of Cassandra show