Near the end of December, I had gone back and forth with Justin in regards to his surprise Maui proposal in Wailea. We had corresponded via email for a week or so, but really we needed to talk over the phone to make this proposal happen!

Finally, a few days after Christmas, Justin was able to sneak away from Whitney for a short period of time so we could iron out the details.

I was still back in the Mainland, but as soon as I landed in Maui, I was going to White Rock Beach to let him know exactly where to enter the beach, where to propose, and how to get there! 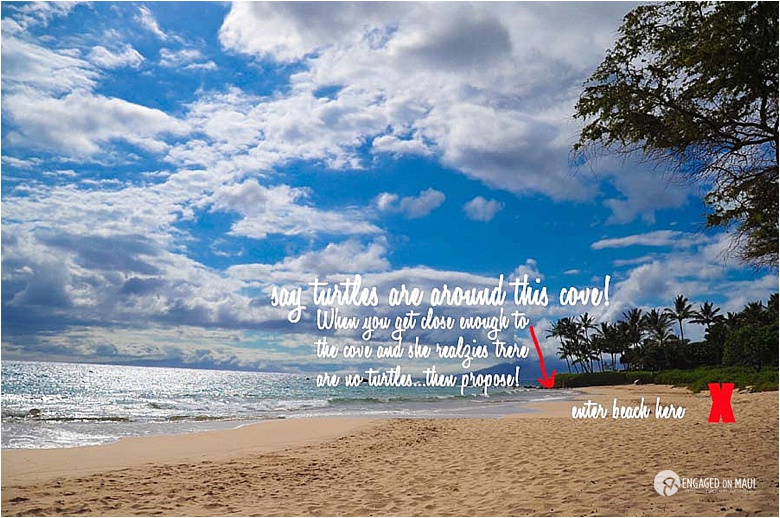 Above is the actual image I sent him! Along with the video, Justin felt confident that he knew where to go and what to do! Now all we had to do was wait for New Year’s Eve.

As most things go, Justin and Whitney were running a bit behind. But a quick text from Justin let me know what was happening!

I crouched in the bushes and waited…

After they had their moment together, I introduced myself to Whitney. See, I knew all about her, but she knew nothing about me! 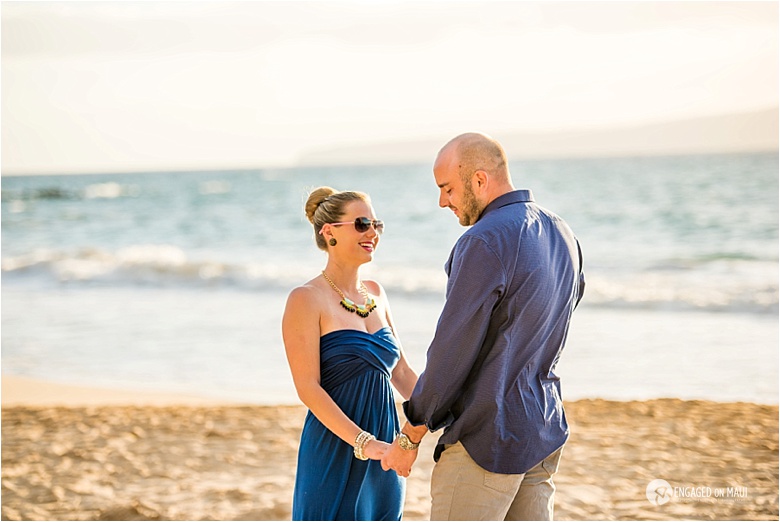 She was absolutely glowing. 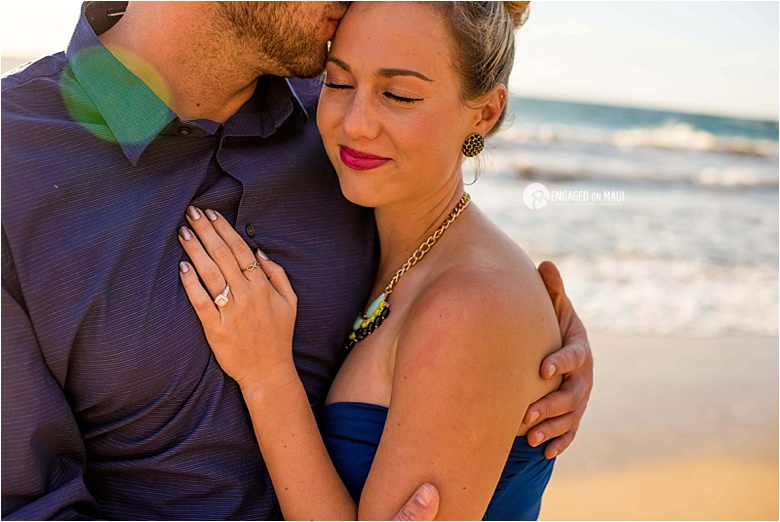 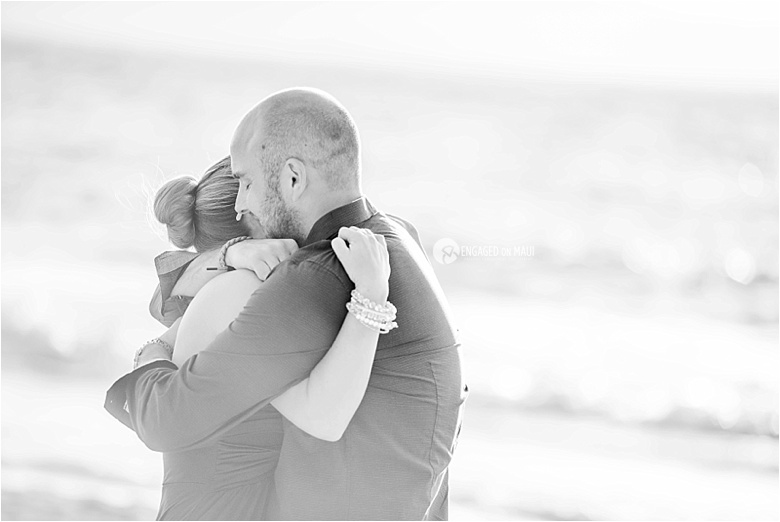 After the initial shock wore off, we had a laid back and fun engagement session!

These two had great chemistry! They both couldn’t wipe the smiles off their faces! 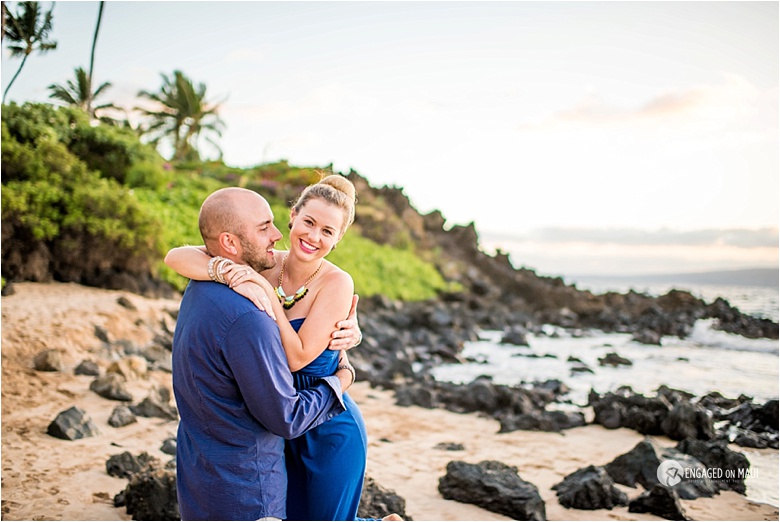 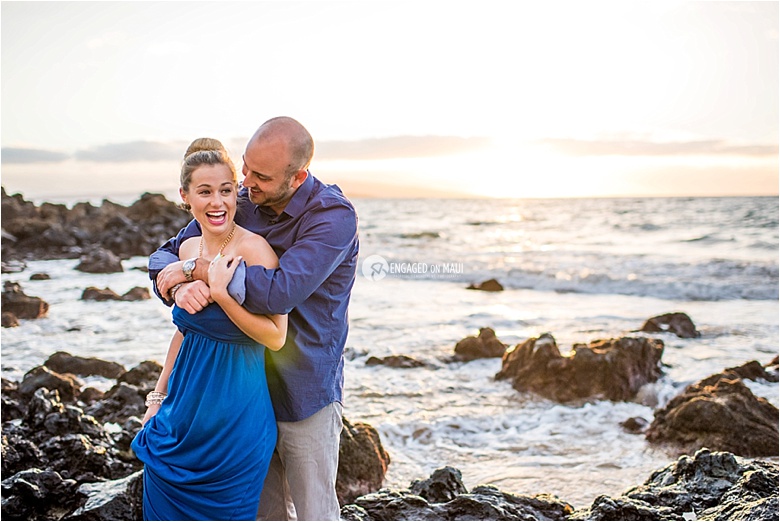 What made this session even more special was the fact that Whitney’s family was on Maui too! After a quick phone call to let them know where they were, the whole family met us down on the beach. 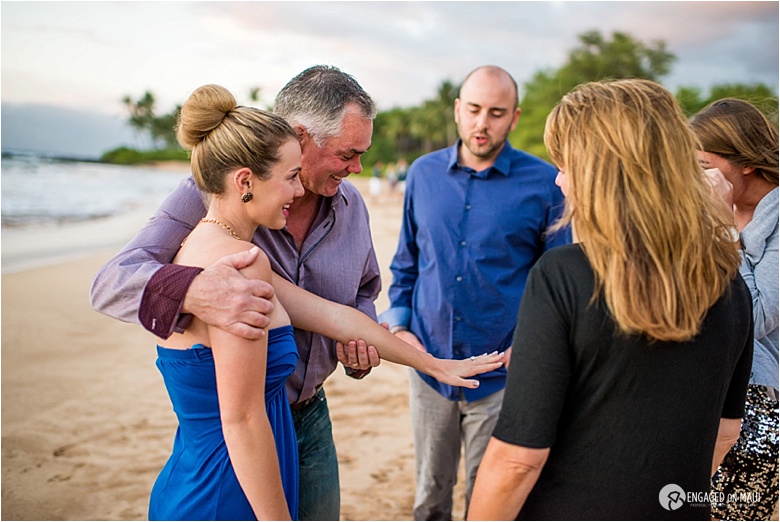 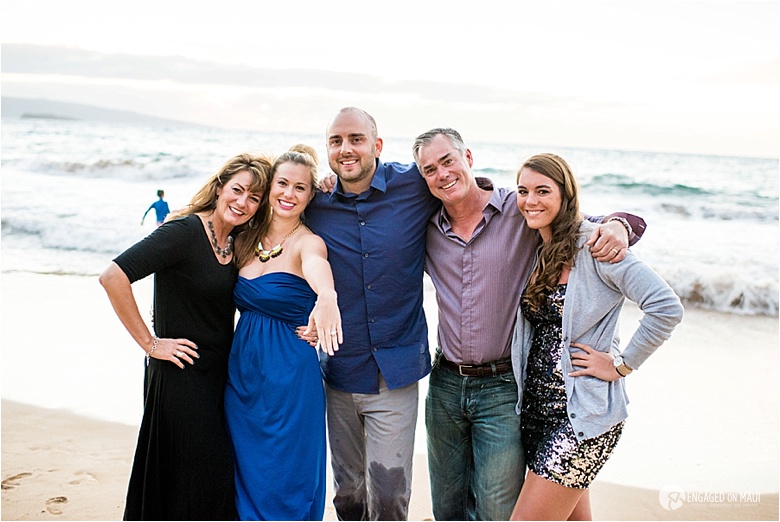 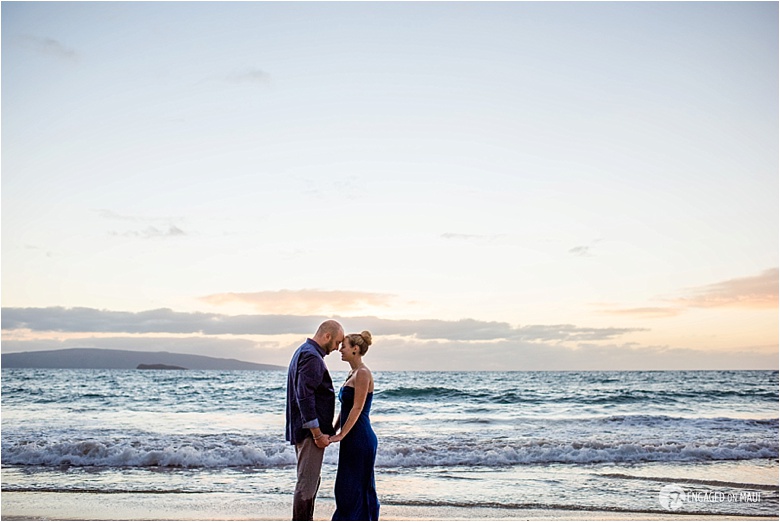 Thank you for sharing such an amazing time in your lives with me. Justin: you’re a champ. Whitney was so surprised and you really did pull out all the stops!

Congratulations on your engagement!

Is a simple beach proposal on Maui the perfect thing for you and your love?  Contact us here with questions and to book your surprise proposal photographer! 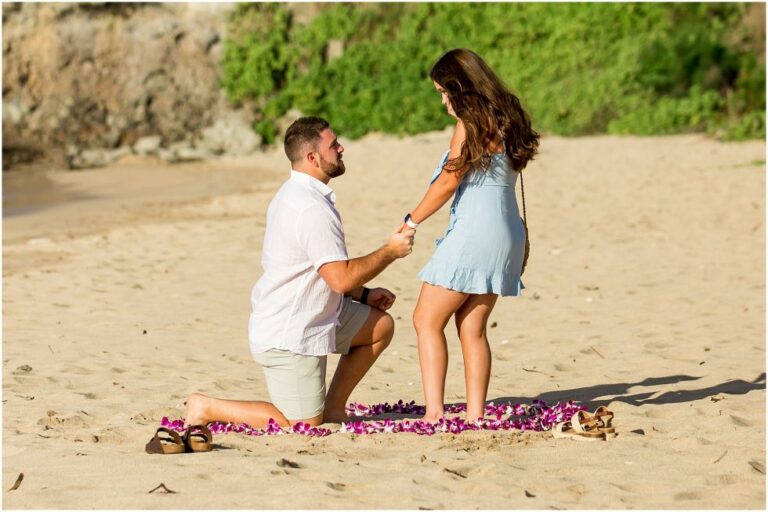 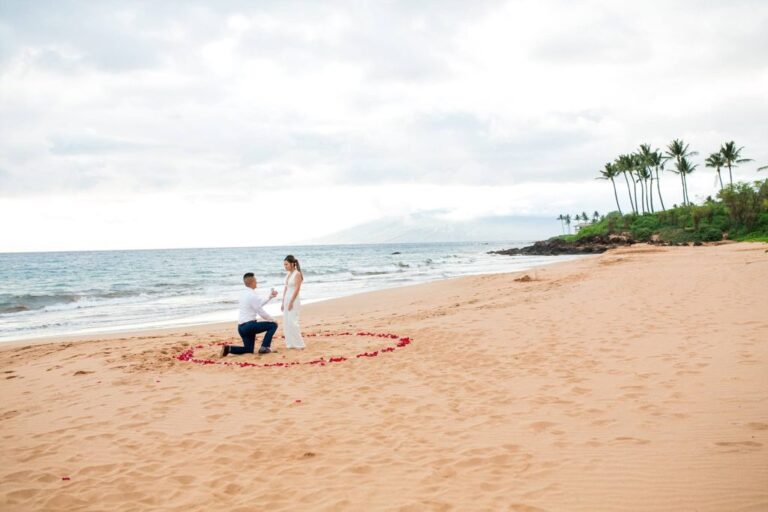 Planned Photo Shoot Turned Surprise Proposal Joe did something we wish more couples would do.  He decided to go in a little more forward approach to his proposal.  Instead of doing a more paparazzi/ninja/hide-in-the bushes style proposal, he wanted to go another route.  He wanted to pretend that he and his sweetie Christine had been… 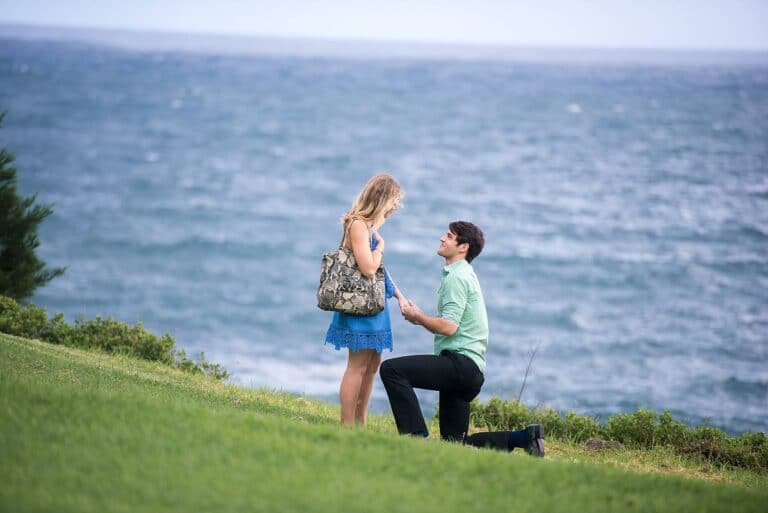 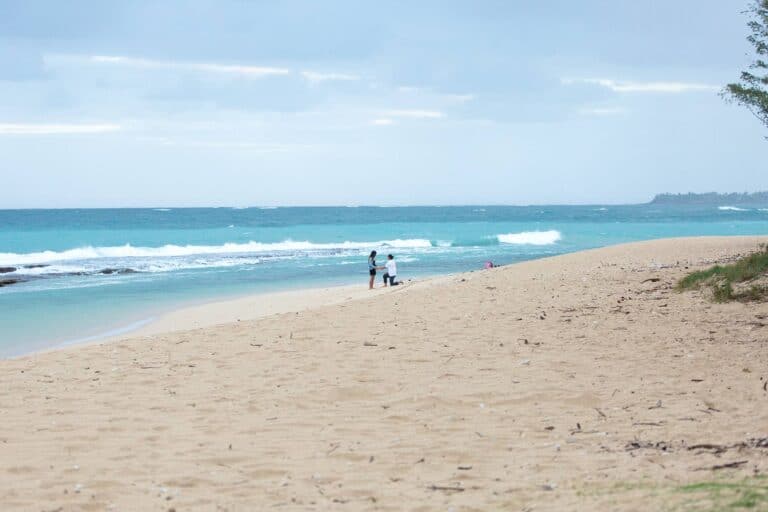 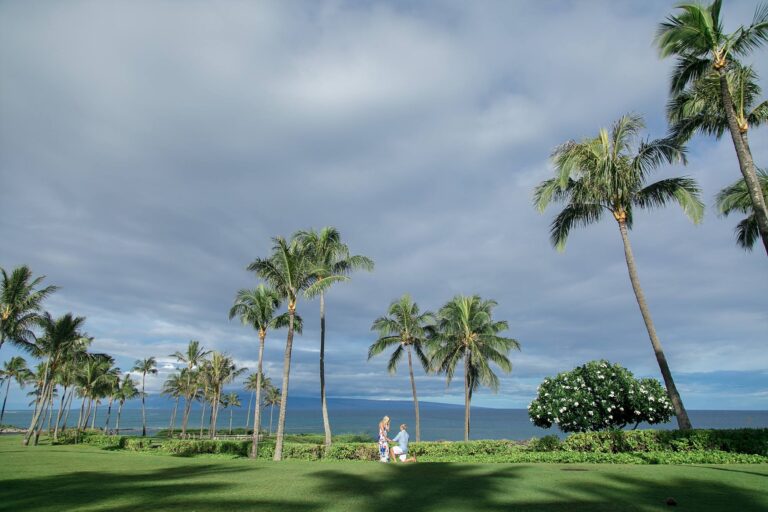 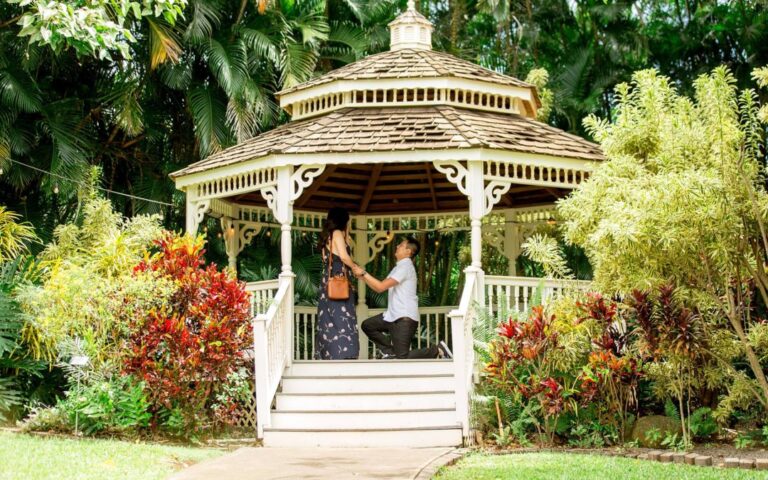 Gazebo Proposal on Maui I love a man with a plan!  When Victor contacted us, he shared his vision board of what he wanted for his proposal to Mariah.  He planned on painting canvases that told their love story and wanted to have a gazebo proposal on Maui!   THE PLAN: On Maui, we are…